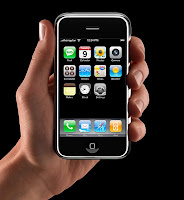 The market for a new cell phone is daunting. There is not one best solution for everyone one. This article is a list of questions that you can ask to help you narrow down what type of cell phone to look for with a few suggestions of each one.


I think that the most important reason might be the many features that the SmartPhone has that are easier to access than on the flip (or earlier) phone. Here are some of the features that might make you want to switch:


Be sure to check first what phones are carried by each company. They all

have different possibilities. If you have a plan that connects you for free with family members using the same company you may not want to change. If you are in the middle of a 2 year contract you need to find out how much it will cost to get out of the contract.

Some phones have larger screens which are easy to see (Samsung Galaxy series), but they are a bit larger and may not fit in your pocket or where ever you are used to keeping your phone. Basic cell phones are the smallest ones, but may not have the features you are wanting. It is a good idea to try out different phones to see how you like the touch screen if you have never used one. They tend to be more sensitive to wet or dry fingers.  They are difficult to use for people who have issues with small motor movements. For some people they are easier to use than a basic phone especially for things like taking pictures.

with the cell phone towers OR they can use WiFi if you have it in your home, in coffee shops, or other places that have WiFi. The benefit of WiFi use for your Smart Phone is that when you use the Cell Phone towers for searching the Internet and other data functions it uses up the amount you are paying for your data plan. My plan began by giving me 200 mb and I kept using more than that. When I used more they charged me $15 for every increment of space used.  When I am in a location with WiFi I make sure to get online (SETTINGS>WiFi>choose a network and put in the password). That way I use less Data space.

Basic phones use the letters on the number pad when you want to text something. For example, 1 is abc, so if you want a c you press 1 three times. There are also basic phones that have a full keyboard that slides out and has small buttons. Smart Phones have full keyboards which most people use with their thumbs to type messages. If you want to use your phone as a phone and nothing else this does not apply to you. If you text along with talking on the phone a full keyboard can be helpful.

There are so many variations of the cost of cell phones that I cannot even go into it. SmartPhones will cost a bit more for the phone and then the monthly service is more. They also require you to pay for a data plan every month even though you may not use it. The data plan covers anything that uses the Internet or email rather than basic phone calling. Another possibility is to get a "pay as you go" phone where you pay ahead of time a month or so at a time instead of signing a 2 year agreement. This concern will vary from person to person. If you do not need or want the extra features of a Smart Phone you should not feel pressured into getting one. The cost is much higher. 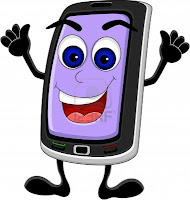 Different phones have longer and shorter battery lives. The length of battery life is also dependent on what you are doing with the phone. The battery goes down fast on certain programs that are power hogs. One example is finding your location. If you are using the Map feature and getting directions from the phone you will find the battery running out. Another power hog is watching YouTube or DVDs.

This article has a chart of different cell phones and how long they keep power if they are just used for calling and talking. http://reviews.cnet.com/2719-11288_7-290-1.html

I used some of these websites for guidance as I wrote. They might be helpful for you to look at directly.

http://cellphones.about.com/od/buyersguides/qt/best_cell_phone.htm - ABOUT.COM has a list of questions that lead to suggestions. This list of phones may be outdated, but the questions can be helpful.

http://www.pcmag.com/article2/0,2817,2347798,00.asp  - PC Magazine offers a more up to date list which is mostly about SmartPhones. At the end of the article are links to more specific articles on different types of phones and different carriers.

http://www.consumerreports.org/cro/cell-phones-services.htm - Consumer Reports is always a good place to look for info before purchasing. You must register to get some of the information.

http://www.trustedreviews.com/best-smartphone_round-up#disqus_thread - If you want a Smart Phone this is a good summary of the different phones. It is written for a British audience, so it uses Pounds rather than dollars, but the descriptions are helpful.
Posted by Janice at 9:04 AM 2 comments: Links to this post

I want certain photos in my iPhone Gallery!

The photo gallery of your iPhone SHOULD be the place where you have photos that you can share on the run. It should be used as the new grandma's book of pictures of her grandchild or pictures of the wedding that you want to be able to show anywhere at any time! What about that cruise in Alaska or vacation in Hawaii that you just took?

The thing about the iPhone to remember is that you use iTunes for EVERY change that you want to make on your phone. There is a way to create a folder right on the phone and move pictures into it that I will describe later in this post, but most of the time you will go to iTunes.

PUTTING AN ORGANIZED PHOTO ALBUM ON YOUR PHONE 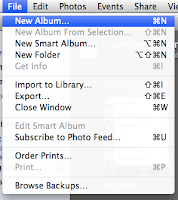 Step 3 Name the album and drag pictures into it from the tray of thumbnails. You can open one event and drag over multiple shots, open the last 12 months and drag in assorted photos, or choose any view you want in order to see the photos you want and drag them over. You can close iPhoto if you want. 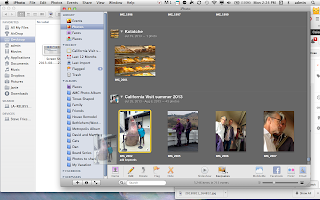 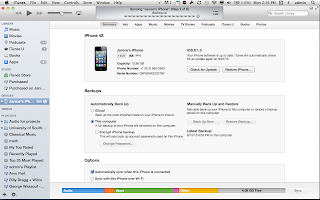 Step 4 Plug in your phone and open iTunes. 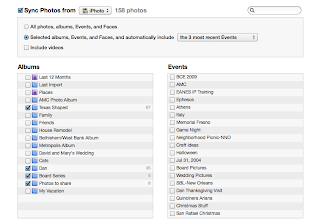 Step 6 This is where you indicate which folders you want to be transferred over to your phone. At the top choose to add all folders or only the ones you indicate. Put checkmarks next to the folders to move to the phone.

Step 7 Click Apply on the left bottom of the screen and then Sync. The folder will be added to your phone. When you want to take it off you can just take the checkmark out of the box and sync again!


FOLDERS THAT ARE ALWAYS THERE

You may have noticed that there are always 2 folders in your iPhone Gallery; library and camera roll. You cannot delete them and they seem to have different photos. Why? 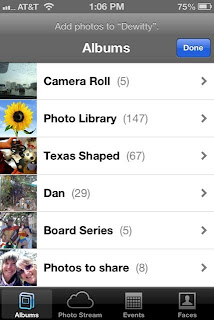 Camera Roll - This is a folder that contains all of the photos that you have taken using your phone. When you download your photos to iPhoto a question comes up at the end of the process asking if you now want to delete your photos from the phone. One way to organize your photos is to always delete the ones in the camera roll from the phone and to add organized folders that you want to show people by creating an album in iPhoto and putting it on the phone (see above). It does not hurt to leave the photos on the phone, but they do take up some of the memory.

Library - In the library are copies, not originals, of all of the photos that you have put onto your phone using iTunes. They do not take up any memory space. When you click on them it goes to the same photo that is listed in your Album. This is the only place you will see the Events that you have loaded onto your phone. Plug in your phone and go to iTunes.Choose Photos from the top of the page. It will open up to a window where you can indicate which Albums and which Events you want to put onto your phone. Albums each show up in a list below the Camera Roll and Library. Events show up in the Library.


CREATING FOLDERS AND MOVING PHOTOS ON THE PHONE

If  you want to create a new album right on the phone from photos in the folders already on your phone follow these steps:

1. On your phone go to Photos.

4. A new folder is created and a screen comes up asking which photos you want moved into the new folder. 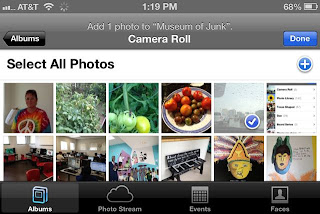 6. The new album appears at the bottom of your list of Albums containing the photos that you have moved. 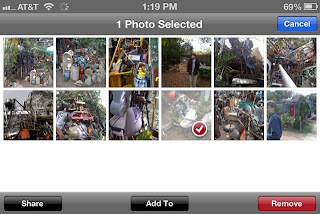 You can always add or remove from the albums you create by choosing Edit on the top right of the page of photos (the album is open).  To Add click the word add which will take you back to your list of albums. Then find and check the photos you want to move. They will be added to your new Album when you click Done. In the Camera Roll you can delete photos unless they are photos that you have moved to an Album. The album just points back to the original photos and so if you delete them you will also delete the photos in the album. All album have the option to share the images to Facebook, email and many other places if you click Edit.

Posted by Janice at 2:56 PM No comments: Links to this post

This post is for parents, grandparents, guardians, teachers and anyone else who deals with children and use of the computer.

Many adults feel poorly prepared for dealing with many of the things in the Cyberworld. There are programs like Twitter which you see everywhere, but may know nothing about. Some people are worried about privacy issues.  Technology changes so fast that it is difficult to keep up especially if you are not comfortable with it to begin with.

If this sounds like how you feel check out Cyberwise. http://www.cyberwise.org/

Cyberwise is a new website that provides some free training on current topics that can be really fun and helpful. Topics covered are New Media, Media Literacy, Digital Citizenship, Prezi, Glogster, Twitter, Ethical Use, Privacy, Reputation and many others. Each "learning center" has a short (under 5 minute) video on the topic and often something to read online or print out. There are also many links leading to other information on each topic.

Cyberwise also offers a course called Be Cyberwise Certified. It goes through many of the "learning center" lessons with a quiz at the end of each one. If you pass the quiz you get a badge and if you do all of the lessons they mail you a certificate saying that you are Cyberwise Certified. So far I think that the course is free.

Another course was created in collaboration with "I Keep Safe, Verizon Foundation, and the California School Library Association. It is called BE a PRO which stands for Balancing Ethical Use Privacy, Reputation and Relationships, Online Security. Each of these topics are covered and there are links on each one to other resources.

Posted by Janice at 5:51 PM No comments: Links to this post 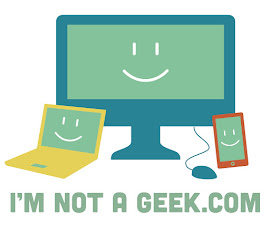 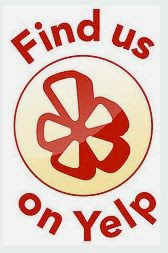